If you have any of these problems in your home, call Total Foundation Solutions for concrete floor repair solutions in Erie! Settling concrete slabs can lead to cracks in floors and walls, uneven surfaces, and a weakened foundation.

Luckily, the foundation repair experts at Total Foundation Solutions can help you solve this problem permanently! We provide complete concrete floor repair solutions in Erie and nearby areas in Pennsylvania and New York. Call us today to get a free estimate. 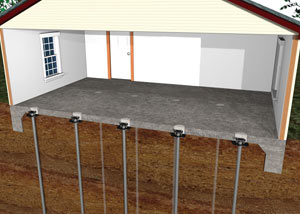 Concrete slab piers can extend deep below the floor to reach competent supporting soils and permanently stabilize the floor.

Supportworks dealers have many tools at their disposal to reverse concrete slab settlement and restore the good condition of concrete floors. Here are the many ways Total Foundation Solutions might choose to resolve your floor crack:

Spotting the difference between concrete shrinkage cracks and settlement

How can you tell the difference between shrinkage cracks (which are normal and result from the curing process) and something more serious?

Shrinkage cracks are normal—in fact, they’re often unavoidable, although proper concrete mixing and pouring can help reduce their occurrence. As concrete cures, moisture evaporates and causes the concrete slab to shrink. This leaves behind large voids between solid particles, making the concrete weaker and more susceptible to cracks. Shrinkage cracks will appear almost immediately after the concrete is dry and won’t expand over time. Typically, these cracks are very thin.

Basement floor cracks due to settlement are a different story. When a floor slab settles, the damage can manifest itself in many ways. Along with cracks in the concrete, the floors can separate from the walls as they sink downwards. Alternatively, the interior wall may be pulled down with the floor, separating from the ceiling. Walls can also pull away from other walls, and interior wall cracks can form—commonly off the corners of interior doors.

The primary concern with settlement cracks is the structural damage that is likely occurring behind the scenes—often, a cracked floor is a sign that the integrity of your foundation is being compromised.

If your basement floor cracks appear to be signs of settlement, don’t hesitate to call Total Foundation Solutions. Settlement cracks will only worsen with time, meaning more expensive concrete floor repair costs in the future. 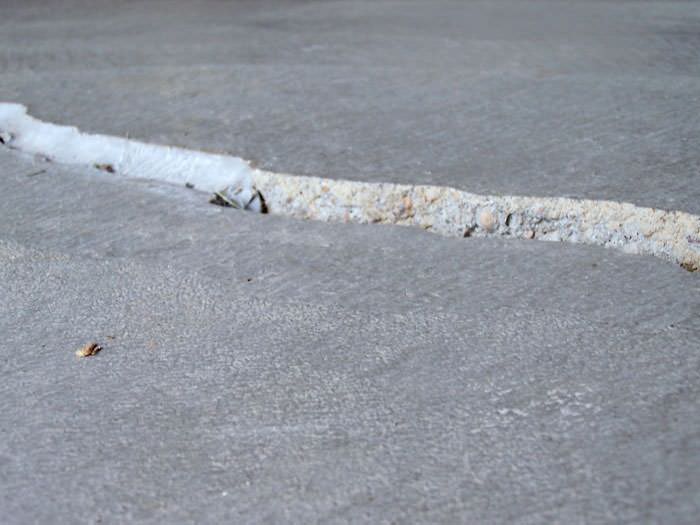 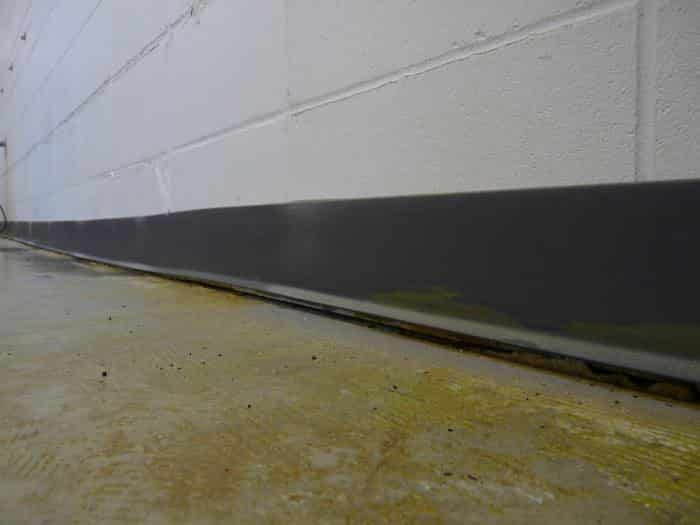 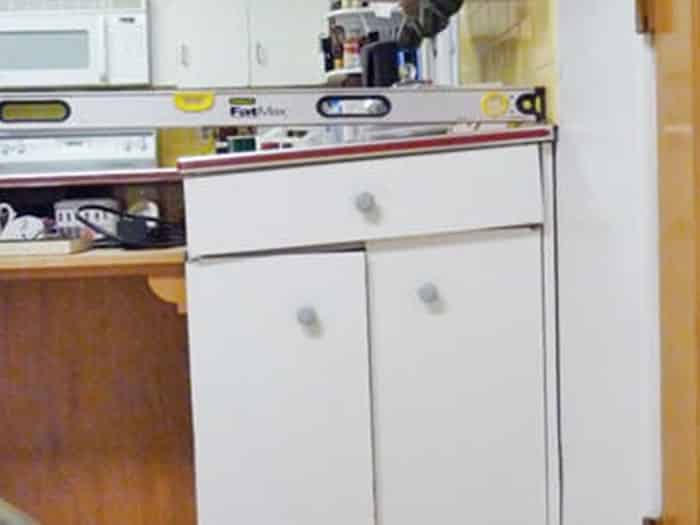 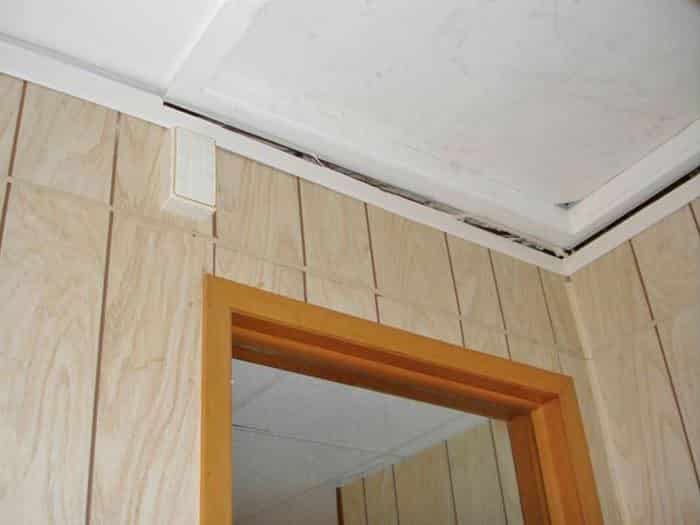 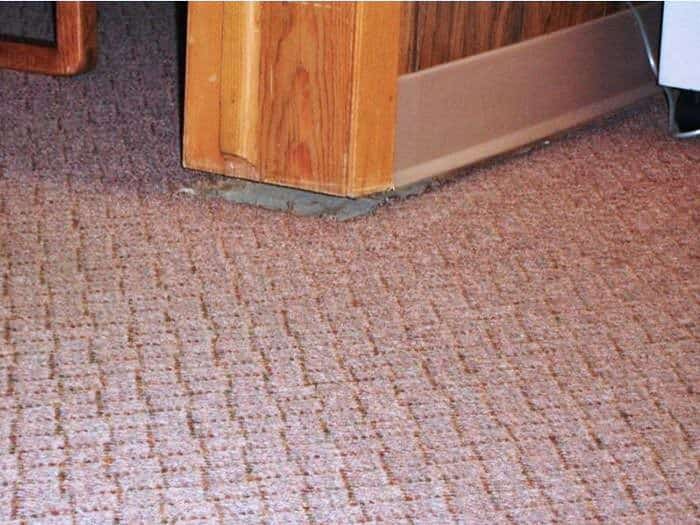 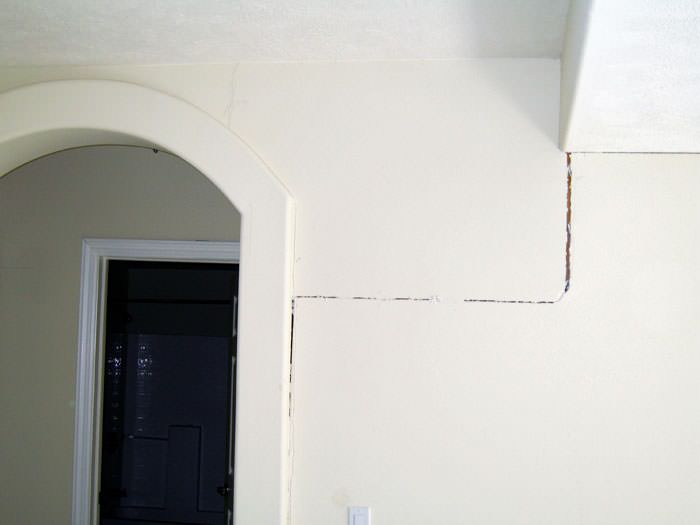 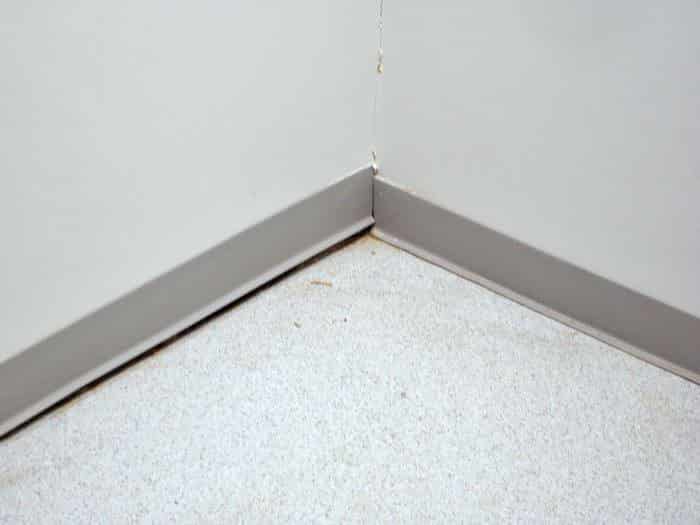 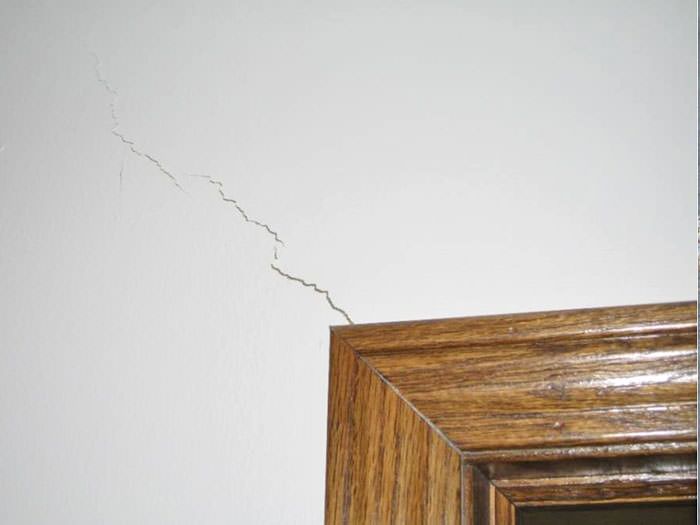 What causes a concrete floor slab to settle?

When a concrete floor settles, it can mean serious damage to your home. The causes of floor slab settlement are almost always due to the soils underneath being unable to support the weight of the concrete. They often accompany other foundation problems in your home.

The three most common causes of settling concrete floor slabs are as follows: 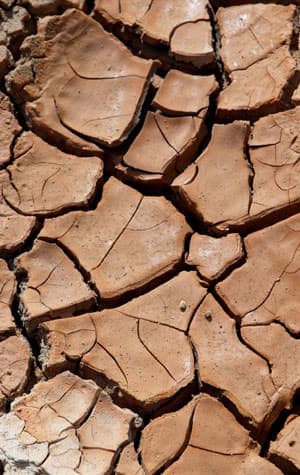 Drying & Shrinking of the Soil Under the Slab

HVAC (Heating, Venting, and Air Conditioning) systems may be installed beneath the floor slab. Over time, the ductwork can leak air, which can dry out the soil. 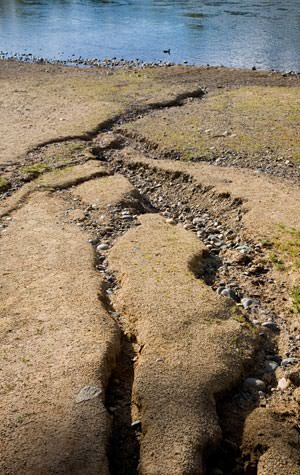 Washout of Soil Under the Slab

This is usually caused by plumbing leaks. If the plumbing leak is severe and there is a path for the water to flow through, it can wash soil out from under the slab.

With a void underneath the floor, there's nothing supporting the concrete slab anymore. In time, it begins to crack and sink downwards. 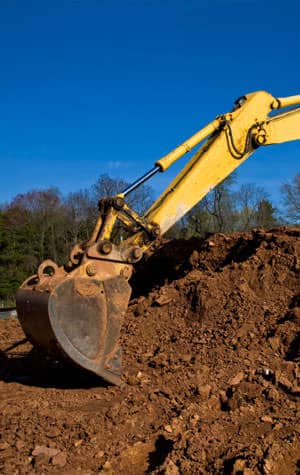 During the construction of a new home, layers of soil are commonly moved around or spread out to get to the desired grade level. When the home is built, footings may be deepened to extend below weak fill soils and avoid a foundation settlement issue.

The slab, however, remains on the fill soils. If the fill was poorly compacted, the fill soil compresses and settles, and a void is formed under the slab. In time, the slab cracks, breaks, and settles into the void.

At Total Foundation Solutions, we provide proven solutions for concrete slab floor leveling—as well as other foundation repair solutions—to homeowners throughout Pennsylvania and New York. We provide each of our customers with a free,  no-obligation concrete floor repair written quote before any work is done. To schedule your appointment, call or email us today!